June 14 at 8pm — Part One: Escalation looks at the growing U.S. involvement in Vietnam from the late 50’s and early 60’s, as veterans tell stories of how they slogged through rice paddies, flew the planes and copters, while others cruised up the Mekong Delta in search of an elusive enemy.

June 15 at 8pm — Part Two: Turning Point recounts how American forces reached 500,000 troops by 1968, and how the intense battle of Khe Sanh and the massive attacks of the Tet Offensive eroded the support of the American public. But the war wasn't all tedium: soldiers talk about "R & R's", rare moments of romance, and ways they found to beat the boredom.

June 16 at 8pm — Part Three: Draw Down looks at the “Vietnamization” of the war: turning the battle over to South Vietnam forces. It examines the real cost of war: the broken bodies and spirits, and the reception that vets received upon returning home to a divided nation. The show ends with reflections about how some vets' lives were changed forever...and some of those changes were positive.

Few conflicts in U.S. history have so divided the nation as did the Vietnam War. Yet, hundreds of thousands of men and women answered their country’s call to fight in this unpopular war. More than 58,000 made the ultimate sacrifice, and hundreds of thousands more were injured – physically, psychologically, or both – coming back to a nation which spat upon them or called them “baby killers.” It was indeed a painful chapter in American history.

With time comes wisdom, and as the nation’s collective consciousness admits the shameful treatment of service personnel, various initiatives have surfaced to redress the treatment of the Vietnam veteran. To recognize veterans’ sacrifices, their valor, and the price they paid in and after this conflict, Maryland Public Television will air a three-hour documentary and allow veterans themselves to speak of what they have seen and how they have served. 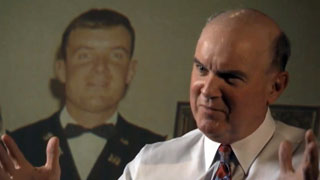 MPT’s documentary comprises three hours of dramatic television as approximately 100 veterans tell the story of the war in their own words–sometimes heart-breaking but always insightful. Men and women reflect on their service...on stories of life and death, pumping adrenaline, and bittersweet moments...on their return home to an often-ungrateful nation...on life, 50 years later. It will make for a powerful and emotional television experience for our viewers, informing them of a tumultuous time in American history while allowing our region's Vietnam veterans a moment to share the feelings they have kept inside for so many years.

A three-hour documentary necessarily results from hundreds of hours of interviews, research, and filming. Throughout 2013-2015, MPT conducted 20 separate listening sessions across the state to give the documentary producers much-needed background information and insights from Maryland and regional area veterans. No recording devices or cameras were brought to the listening sessions. The sessions were intended for conversation, comment, and sharing only. Participants recalled their impressions, shared their experiences, and reflected on this time of their lives, now long past. Held across the state in venues large and small, the listening sessions introduced to the documentary's executive producer the men and women whose personal stories helped to frame the final narrative.

John, one of the veterans who participated in a listening session, painted a vivid picture of his travel experience when he was sent to Vietnam:

"The stewardess said, 'We are about to disembark in Cam Ranh Bay. Three hundred sixty-five days from today I hope to see all you on this plane.' And that is when reality started to hit in. We all looked around; people started looking around, looking at each other as [if] to say, Who will not be on this plane?"

The listening sessions brought us face to face with the experiences of family members who lost loved ones during the Vietnam War. Karen poignantly recounts the story of her husband's recurrent nightmare; how she learned of his death; and her surprising reaction to hearing that he was dead:

"When Dick came home, he was terrified of being captured. He would have nightmares frequently about being captured, and he said that he would rather die than be captured. Several of our colleagues were captured, and you didn't hear anything about them. April 3rd, 7:30 in the morning, someone was knocking at the door. And one knows immediately why these people are here; there is the chaplain, Barbara Post; there is the Ex-O's wife; and the casualty assistant calls officer (CACO) who is assigned to every deceased person. And they are there on a bright Sunday morning. My first question was: 'Is he dead?' Barbara said, 'Yes.' That was a relief ... the first feeling was not oh, my God, my husband is dead; it was a relief that I didn't have to worry...the incredible tension was dissolved."

Tim, another MPT listening session participant, spoke of the cultural differences he encountered when he served in Vietnam:

"I arrived in Vietnam in September 1968. I have been thinking about what to say to you about what it is like for an upper – middle – class kid who has never known any deprivation – with his beer parties, girls, sports car, pop music and fun – to be plucked out of the United States and be dropped into the central highlands of Vietnam. It is a remarkable phenomenon and experience because you really are in disbelief for an appreciable period of time. It's a third-world country; quite dirty; very hot; the culture is totally different; and people are trying to kill you."

Stories such as John's, Tim's and Karen's paint a vivid picture for us of the emotional and psychological toll the Vietnam War had on veterans and their families. The listening sessions revealed the amount of courage and survival instinct that helped service members and families in very challenging circumstances.