In 2012, MPT embarked on a multi-year project to recognize and thank the men and women who sacrificed so much – often their very lives – during the tumultuous years of the Vietnam War. As Maryland’s only statewide broadcaster, we believe we have an obligation to tell the story of our region’s Vietnam-era veterans who served nobly in the war and to tell that story from their perspective and in their own words. The project included a 3-hour documentary called Maryland Vietnam War Stores, an oral history project, a traveling exhibit, a 2-day event in June 2016, and more.

In 2017, Ken Burns and Lynn Novick presented the ten-part, 18-hour documentary series, THE VIETNAM WAR.  The monumental film series tells the epic story of one of the most consequential, divisive, and controversial events in American history as it has never before been told on film.

All of these projects have been made possible by sponsors – corporations, foundations, and organizations – as well as individuals from all over the world. Some of those individuals have made contributions in honor of a loved one who has served in the military, in recognition of a veterans service organization to which s/he may belong, as a salute to a branch of the military, or to express gratitude to any individual or group connected with the U.S. Armed Forces past or present.

Many more, including children, have expressed their thanks to our nation's Vietnam veterans in color and pen.

For those who have served, thank you and welcome home! 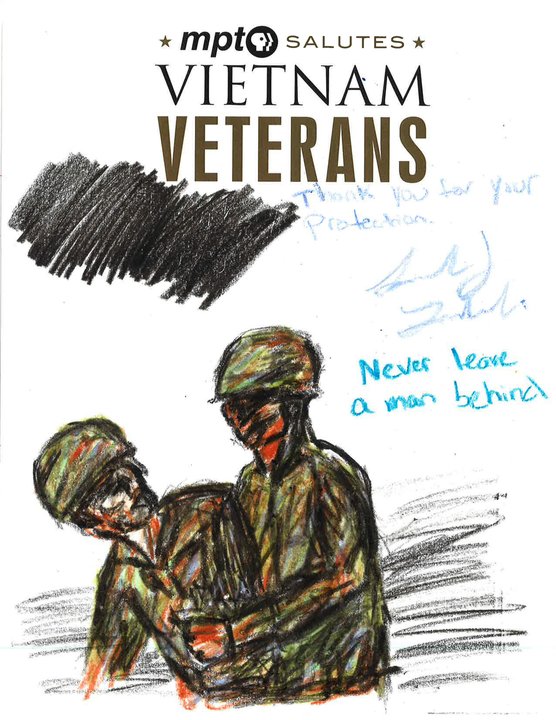 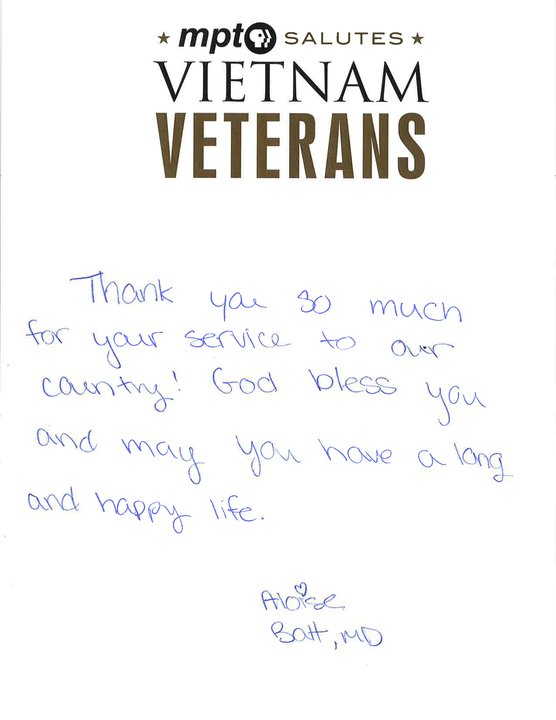 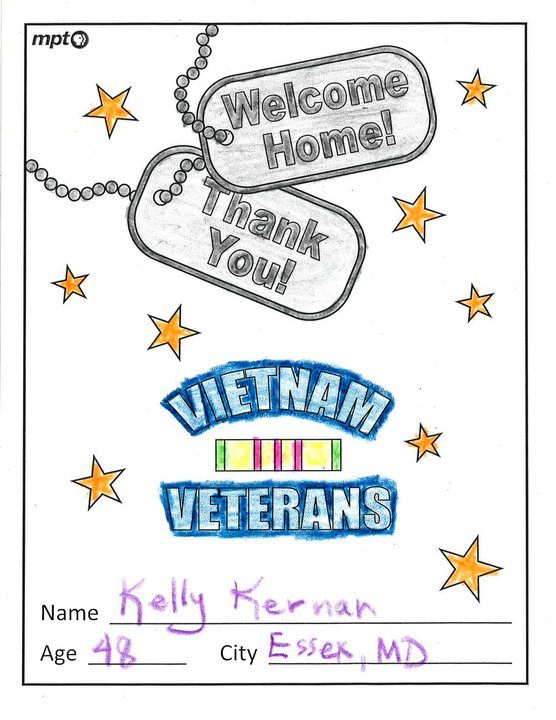 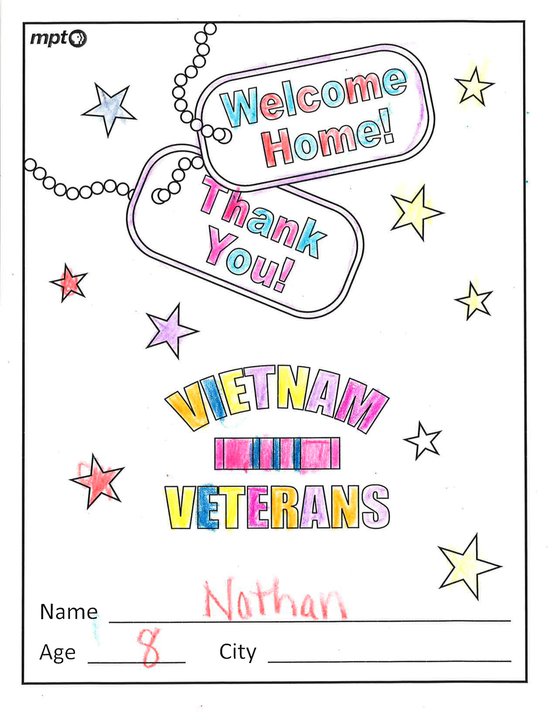 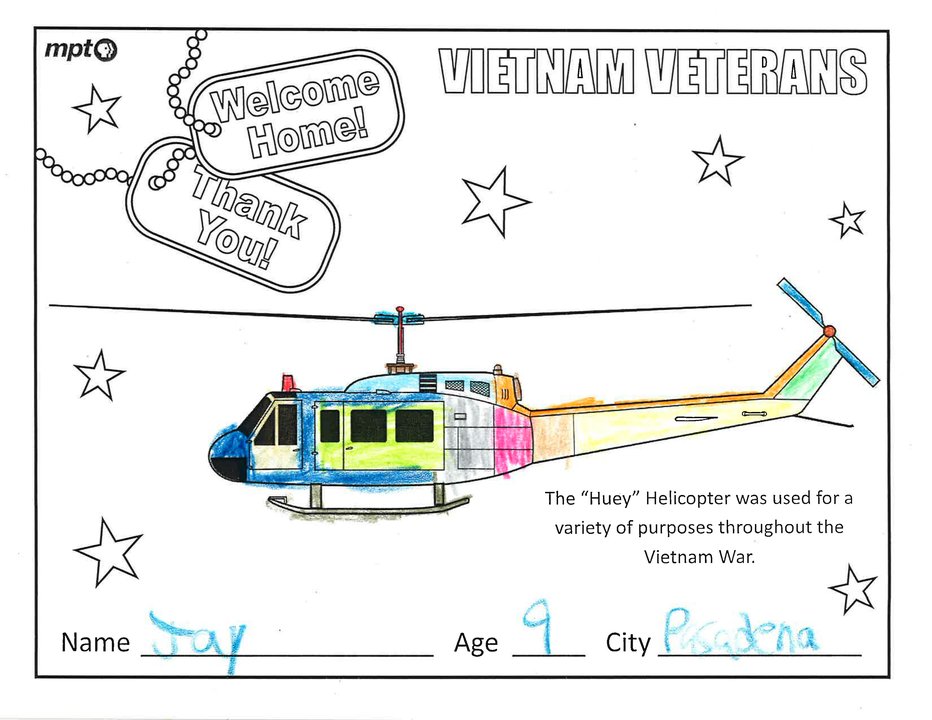 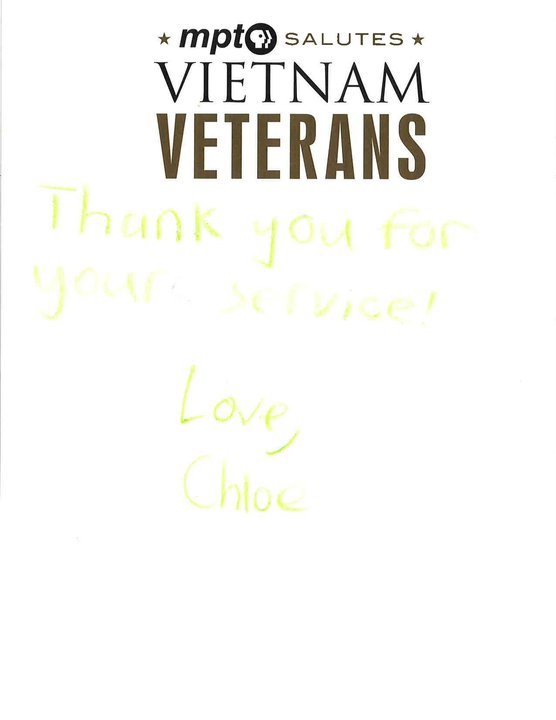 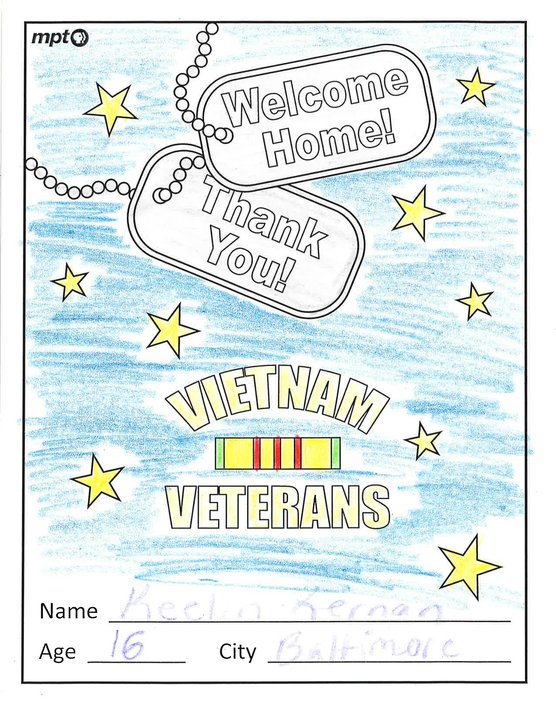 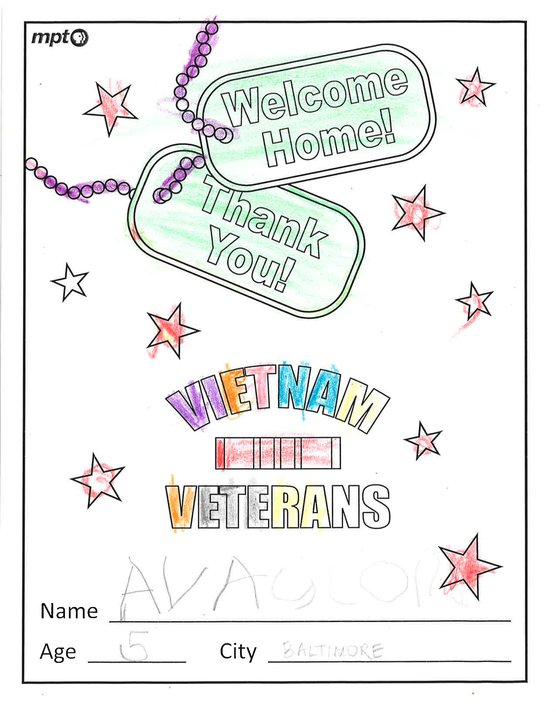 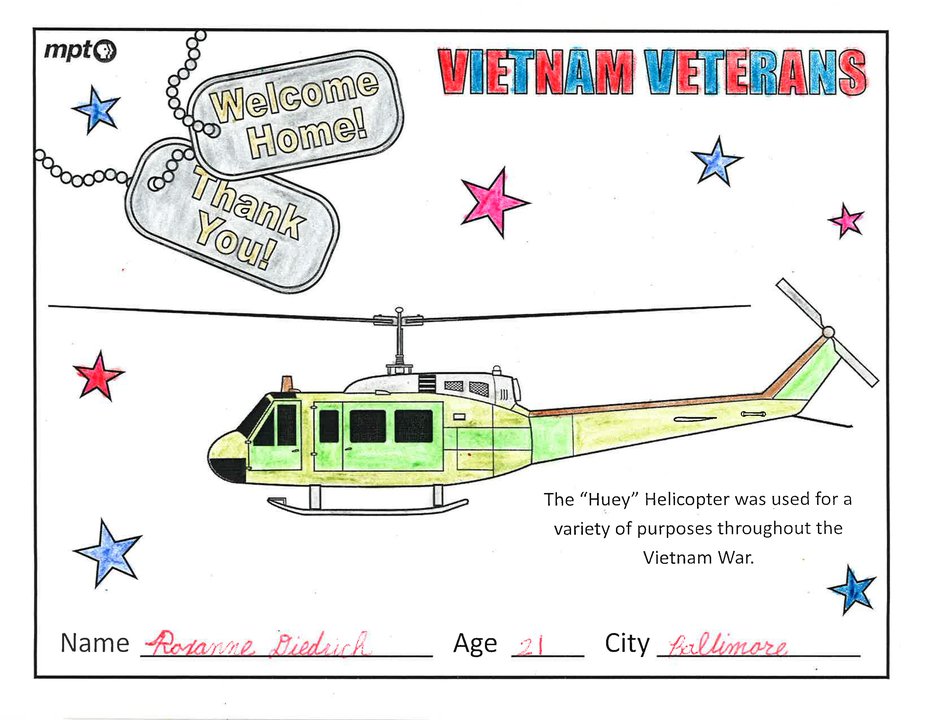 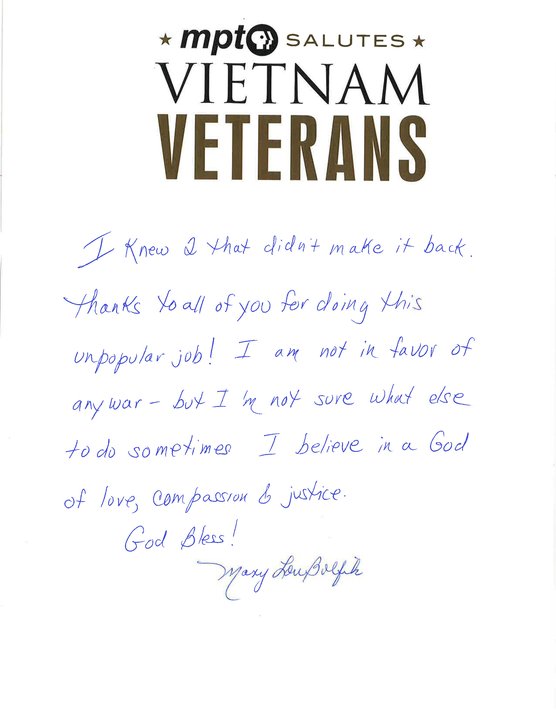 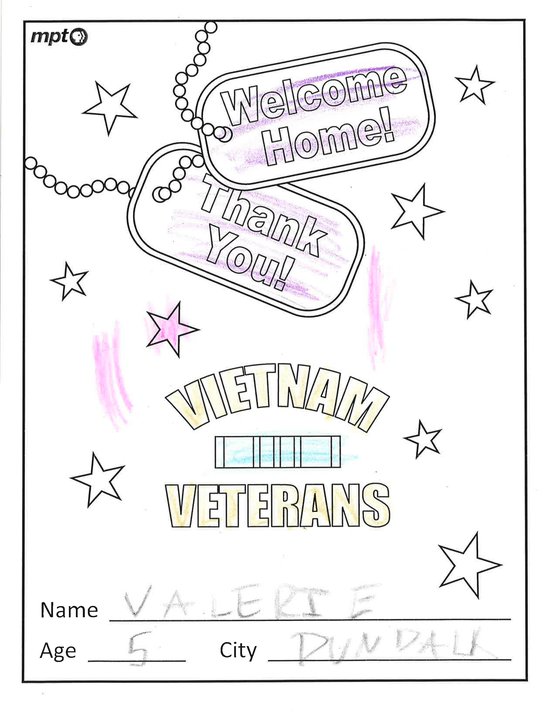 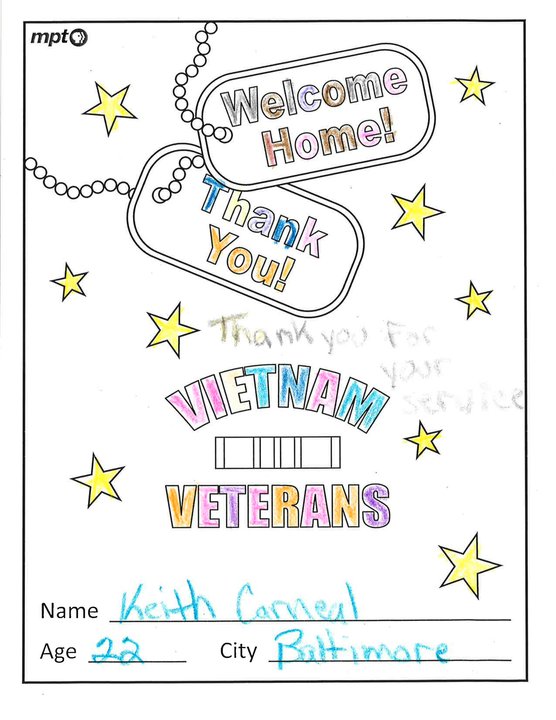 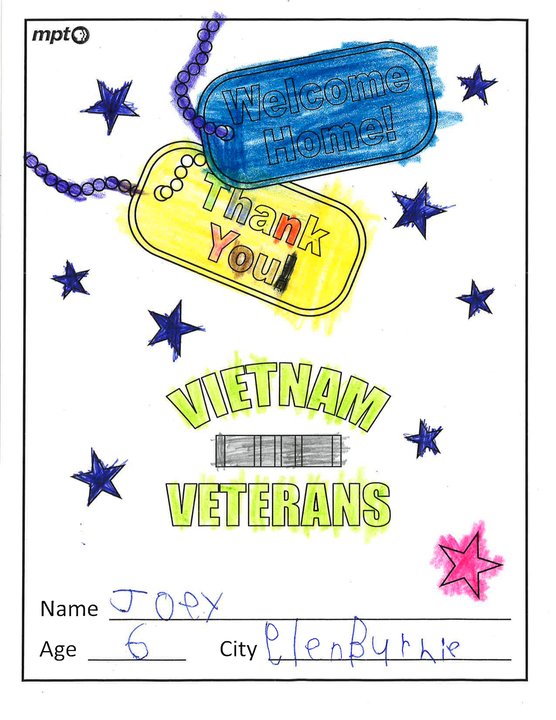 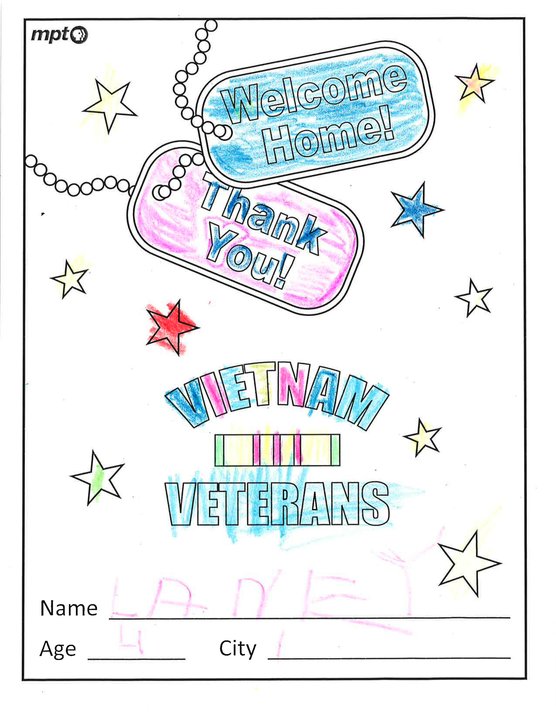 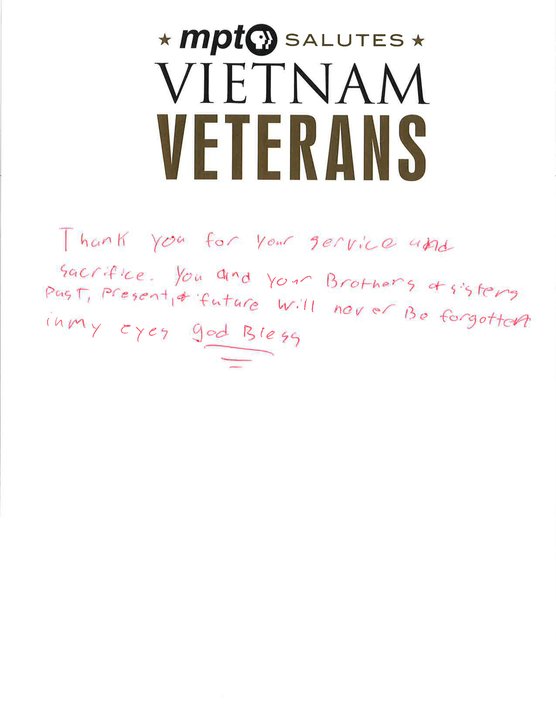 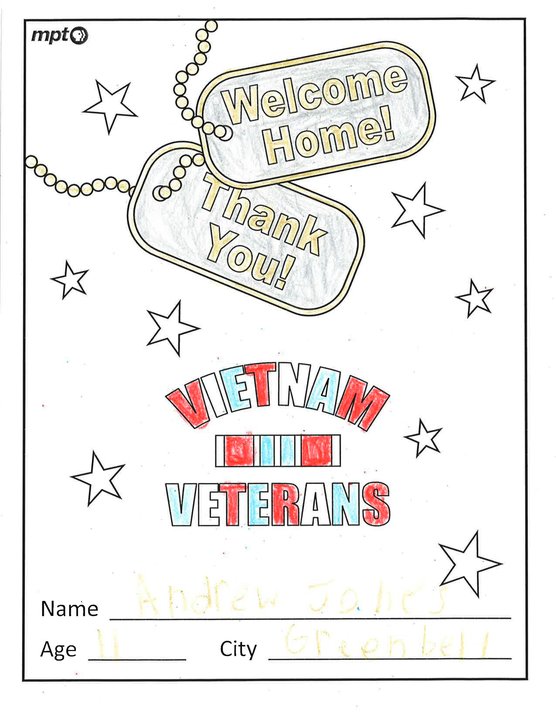 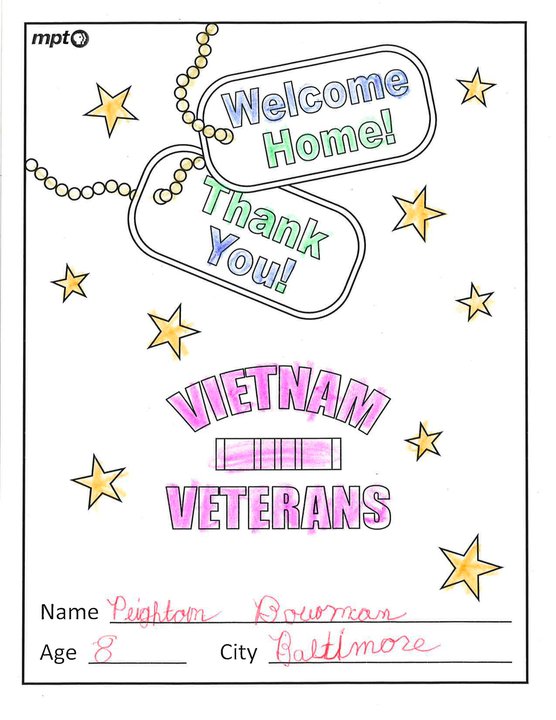 Donors who have made such gifts have saluted the following men, women, and organizations shown here: