MPT’s salute to Maryland service members of the Vietnam era is a long-overdue thank-you to those who worked and fought in an unpopular war. 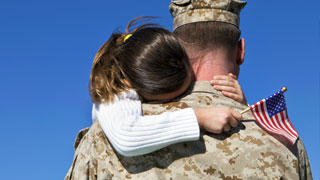 MPT began its regional salute to Vietnam-era veterans in 2012 – a salute that culminates in spring 2016. We believe we have an obligation as Maryland's only statewide broadcaster to tell the story of the war from the perspective of the men and women from this state and the region who served nobly in that conflict.

Few wars in American history have so divided the citizenry as did the Vietnam War. Yet hundreds of thousands of men and women answered their nation's call to fight. More than 58,000 made the ultimate sacrifice, and hundreds of thousands more were injured – physically, psychologically, or both – returning to a nation that often spat on them or called them "baby killers." It was indeed a painful chapter in American history.

When asked why it is important for MPT to salute Maryland's Vietnam-era veterans, Larry Unger, the president and CEO of Maryland Public Television, responded by saying:

When I learned of a similar project in Wisconsin, I simply concluded that Maryland Public Television needs to do this. It's the right thing to do. We must thank and salute the men and women of our state who served during this turbulent time and who came back without the warm welcome home that later generations of military personnel received. We say that the thank-you is long overdue, and we mean it.

Today, many veterans are still haunted by their experiences in Vietnam, and many are still haunted by the treatment they received when they returned to the United States – which had a devastating impact on their adjustment. Given all that Vietnam veterans have endured, Maryland Public Television is compelled to address the issue through this multi-faceted initiative.